How to Spot Drug Use in the Workplace

An employee with a drug problem can be a serious obstacle in any workplace. Since they aren’t able to give their all in terms of job performance, and could

An employee with a drug problem can be a serious obstacle in any workplace. Since they aren’t able to give their all in terms of job performance, and could easily display disruptive behaviour that affects the whole company, you’ll want to make sure that any potential problems are dealt with efficiently and properly.

A few symptoms that will allow you to spot an employee with a drug problem, regardless of the drug itself, include:

While these symptoms aren’t always necessarily related to drug use, it is certainly the most common cause of them. Naturally, any employer will want to deal with this problem immediately, and to do so, it helps to understand just what the employee is going through, and what they are addicted to.

Below, you’ll find a list of the most common drugs found in the Australian workforce, and the particular symptoms to watch out for.

Many people still fail to recognize it, but alcohol is a drug, and as a result some people can find themselves dependent on it. What’s particularly dangerous is the fact that alcoholism is a slippery slope, and it can be very difficult to stop the addiction from escalating. In the early stages of alcoholism, employees will likely turn up to work late and try to leave early, coming up with constant excuses that just don’t add up. This can then develop into the employee frequently missing long periods of work, and then becoming extremely defensive if you confront them about this. Alcohol abuse is, on the whole, pretty easy to spot, though, as these employees will likely still be under the effects of alcohol when they do come in to work. 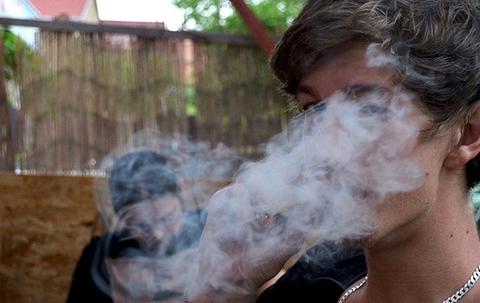 While studies are inconclusive about whether or not marijuana is addictive, one thing that is certain is that it can have a dramatic effect on job performance. People under the influence of marijuana tend to be less motivated, lack the focus needed to carry out their work effectively, and misjudging time, leading them to fall behind on their work. Physical symptoms to look out for include bloodshot eyes, increased tiredness, and a lack of physical coordination.

A dangerous, highly addictive drug, ice is becoming increasingly popular in younger generations of Australians eager to try it out for themselves. The symptoms of ice addiction can be extreme, meaning it’s easy to spot if an employee is hooked on it. Some of the more visible signs include frequent picking at the skin, hair and tooth loss, and a sudden tendency to be full of energy, oblivious to other things going on around them.

Another highly addictive substance, cocaine gives users a sudden, euphoric rush of energy upon using it, but as this wears off, they start to experience effects such as paranoia and jitteriness. Cocaine addicts are usually very secretive about their use of the drug due to the paranoia associated with it, so they many disappear to use it, and return with a notably different mood and demeanour.

Codeine is commonly used as a prescription painkiller, but some people take it as a drug, and soon find themselves addicted to it. As an opiate, its effects are similar to heroin, giving a warm, happy feeling at first, which soon descends into nausea, confusion, and unbearable itching fits. Addicts will typically complain of the sickness that they feel when coming off the drug, and may take days off work either to get high, or to recover from its effects.

Above were just some examples of how you can spot some forms of drug use in the workplace. The list is not exhaustive, and the symptoms are merely observational. Employers or safety professionals concerned about a drug issue in the workplace should always consult advice from experts or have a solution in place to test for drug use.

We at Andatech also have a new drug and alcohol management platform which could provide a streamlined solution for you and your company. DT Manager allows companies to have full control of their testing procedures, and keeps a succinct record of past tests, drug field tests, and many more. You can check out DT Manager here.

Workplace breathalysers and drug testing kits are the only way to confirm if an employee has been using drugs in the workplace.

The Drug Info website provides a wide range of free resources about alcohol and drugs, and can be contacted for advice. Visit the website at druginfo.adf.org.au

Disclaimer: The information provided in this article is for general reference only. Please seek advice from professionals according to your business’s needs.

Since 2017, Jaka has been providing consultation for alcohol and drug testing policies to companies in various industries, such as mining, transport, construction, and medical, in Australia. As an accredited Drug and Alcohol Officer for Drug Abuse Testing, he brings valuable insight to companies that want to create and maintain an alcohol and drug-free working environment for the safety of their employees, as well as to ensure the efficiency of on-site operations.