Medical Marijuana: How would it affect the workplace?

Like alcohol and any other illicit drug, marijuana affects employee safety in the workplace, especially in safety critical industries like construction, mi

Like alcohol and any other illicit drug, marijuana affects employee safety in the workplace, especially in safety critical industries like construction, mining, and transportation. Medical marijuana will be no different.

With the legalisation of medical marijuana in Victoria, employers will face new challenges in the workplace when it comes to juggling safety, employee privacy, and new drug regulations.

The Victorian Law Reform does not restrict the use of medical marijuana in the workplace and states that employees would be protected from unreasonable actions by unfair dismissal laws.

As stated in the Victorian Law Reform, under point 3.220:

The Commission heard from people who have been adversely affected by workplace drug-testing following the use of cannabis, or feared they would be. Some overseas jurisdictions have introduced laws to protect lawful medicinal cannabis users from workplace discrimination as a result of their use of cannabis. The Commission notes that Victorian anti-discrimination laws do not presently explicitly prevent discrimination on the basis of medical treatment. Action taken as a result of workplace testing is primarily a private matter between an employer and employee, and employees would be protected from unreasonable actions by unfair dismissal laws, so the Commission does not recommend any changes to the law in this regard.

Before medical marijuana was legalised, cannabis was already being used in the workplace in Australia.

According to a 2008 National Centre for Education and Training of Addiction report, based on a 2004 data set, 13.5% of the workforce had used cannabis in the past year. A greater proportion of tradespeople used cannabis than any other occupation. The survey also indicated that 2.5% of the Australian workforce reported going to work under the influence of illicit drugs.

With the legalisation of medicinal marijuana in Australia, it may only be a matter of time before interest groups push the same for recreational use of marijuana.

Even if that doesn’t happen, the use of medicinal marijuana in the workplace may still come with its own implications.

How would medical marijuana affect the workplace?

There are a few things we can expect to happen just by looking at the U.S. and Canada after medicinal marijuana was legalised there:

1. Use of cannabis in the workplace will increase

In the U.S., 23 states have legalised medical marijuana use, and four states and Washington DC have legalised recreational use. The most recent figures from drug-testing company Quest Diagnostics show that positive results for marijuana use in the workforce rose 6.2 % in 2013. This contributed to the first rise in positives for overall drug testing since 2003.

When Canada first regulated the use of medicinal marijuana in 2001, there were less than 100 people authorised to possess medicinal marijuana. After the first year, that number climbed to close to 500. Now, Health Canada is estimating that by 2024 there will be 450,000 medical marijuana users in the country.

If, as mentioned before, 13.5% of the workforce already use cannabis in the workplace before the legalisation of medical marijuana, we can only expect this percentage to rise tremendously after as users will find loopholes or excuses to obtain or validate their use of medical marijuana at work, without facing the consequences.

2. There will be added safety concerns

Even when used for medicinal purposes, marijuana can impair motor performance particularly in higher-level doses. However, it’s not entirely accurate to say that medical users are “driving while high” because in most cases, they only need very, very little of their particular marijuana strain in order to alleviate the pain.

Even so, the safety concerns of marijuana are what fleet executives are worried about when deciding to hire medicinal marijuana users.

Marijuana is known to impair one’s short-term memory, alter one’s decision-making and affect mood. Most concerning to trucking companies is that marijuana reduces motor coordination and slows down reaction time for users. The National Institute on Drug Abuse claims a recent analysis of several studies found marijuana use more than doubles a driver’s chance of being in an accident.

Not hiring a person who is authorised to use medicinal marijuana could be a violation of that individual’s human rights.

Employers might face legal challenges from employees who say that state law allows them to use marijuana away from work. Lawsuits in the U.S. involving marijuana laws and the workplace multiplied, but several have already been ruled in favour of employers.

Furthermore, there will potentially competing concerns. On one hand, there are worries about employee privacy and morale; on the other, there are issues on workplace safety and productivity. Employers will need to find a balance between the two sides in order to maintain a healthy and conducive workplace.

Read the laws on Employee privacy in the electronic workplace Pt 2: drug testing, out of hours conduct and references.

“If they terminate somebody or don’t give them a job simply because they use medical cannabis, that could be a violation of that individual’s human rights and the employer could find a human rights suit or complaint filed against them,” Marzel said. “I don’t think it’s sufficient on the part of the employer to say ‘You use cannabis, so we’re not going to hire you.’ They need to go a bit beyond that to assess whether or not the individual is indeed impaired by the use of medical cannabis, and there are drug recognition experts out there that can make that assessment.” 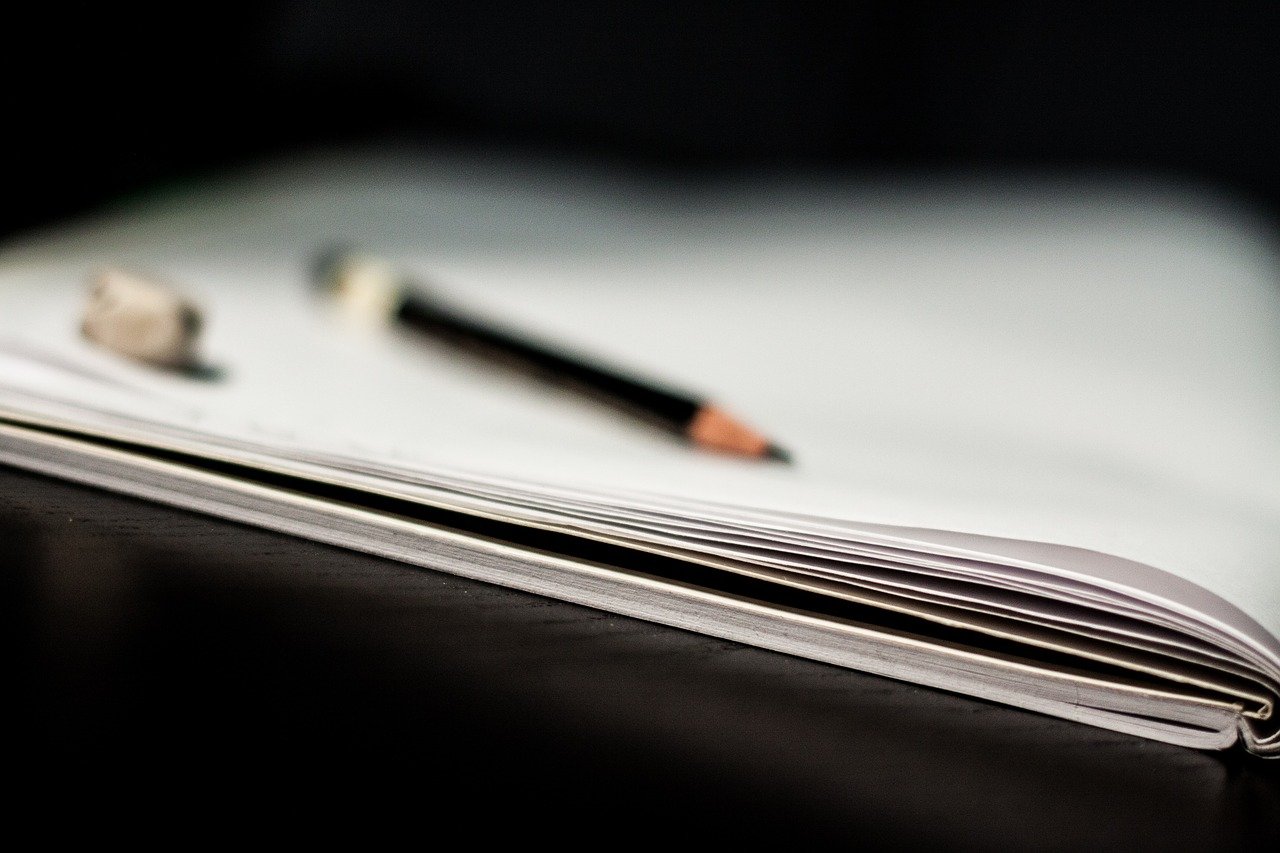 4. Drug testing in the workplace will be much more prevalent

Employers will have to consider between two extremes when it comes to workplace drug testing: tightening policies on positive test results to keep users out of their workforces, or loosening them to avoid driving away qualified employees.

Not only will pre-employment drug testing be subjected to new rules, but random drug testing will also require specific guidelines on what is allowed or not allowed.

As the use of medicinal marijuana will increase in Victoria and nationwide, employers should make it high priority to revise their workplace drug tolerance policies.

The use of medicinal cannabis in the workplace also needs to be looked at by employers as a question of impairment, not merely presence.

Additionally, marijuana’s unique ability to remain in the user’s system will pose challenges for drug testing in the workplace.

Marijuana is the only drug that attaches itself to the fat cells of the body, which causes the cleansing of the drug from the body to be delayed over a period of time. THC – the active ingredient in cannabis – accumulates in the body’s fat cells and takes a long time to be broken down and metabolised. It can take 30 days or more for traces of THC to leave the body, especially among heavy or frequent users.

Unlike alcohol, which has a limit of 0.05%BAC; the law and most workplaces do not have a cut-off level for drugs in order to determine impairment. Drug testing kits indicate the presence of drugs in the system, and for marijuana, the usual cut-off level is 50 ng/ml (but depending on the kit, it can range from 17 to 75 ng/ml)

Employees who test positive for marijuana several weeks after ingestion could reason that they are not impaired and may challenge their employers legally. Some employers might have to revert to “post-accident drug testing” only to avoid this. Employers may want to switch from blood tests to saliva drug tests to reduce the chances of false positives days or weeks after the effects of a marijuana high have worn off.

The complication in drug testing for presence vs impairment also blurs the lines when a medical marijuana user is pulled over or is denied an employment opportunity when they fail a pre-employment drug test for a job such as a truck driving job.

In Canada and the U.S., legal cases revolving around this and unfair dismissal have skyrocketed as employees argue that it is their right to use medical marijuana in the workplace.
How employers should prepare

Although medical marijuana would engage the same protocols for accommodation as any other prescription drug, employers would be wise to review their workplace drug policies to ensure that they are complying with their obligations.

Stay in the loop with regulations on workplace safety and medical marijuana regulations.

Employers are encouraged to fully understand their obligations with regards to accommodation, the appropriate circumstances for drug testing, and the degree of reimbursement they must provide employees who require medical marijuana.

2. Engage with employee and employee health and safety committees

Involve your employees and OHS staff when deciding accommodation plans and workplace policy to address appropriate use and disclosure protocols for medical marijuana.

Engaging with employees at an early stage may work to reduce uncertainty and prevent future incidents or litigation.

Employers would be wise to consult with their workplace health and safety committees in the development of policy regarding medical marijuana.

And as mentioned earlier, it will be important to establish a difference between impairment and presence when it comes to drug testing in the workplace.

Further, employers ought to consult with employees seeking accommodation when establishing the appropriate adjustments to the employee’s work duties, schedule or work arrangements.

Effectively communicate the responsibilities of employees seeking to use medical marijuana.

Employees should be reminded that just because medical marijuana is legalised, does not give them the green light to be impaired in the workplace where their impairment may endanger their own safety or the safety of co-workers

Remind them that anyone using prescription drugs, including medical marijuana, should notify OHS staff especially in safety critical industries or when outlined by your workplace policy.

And of course, inform them of any changes to your workplace policy to keep them updated!

We also provide information and assistance with drug testing Australia workplace employees. Talk to our workplace drug testing experts on 1300 800 200 (AU) or +613 8899 6900 (International) for a free consultation.

Being prepared early can help to reduce any misunderstandings or legal consequences later on. Be sure to keep updated on the latest news in workplace health and safety by subscribing to our Resource Centre below!

Read more on this:

Disclaimer: The information provided in this article is for general reference only. Please seek advice from professionals according to your business’s needs. 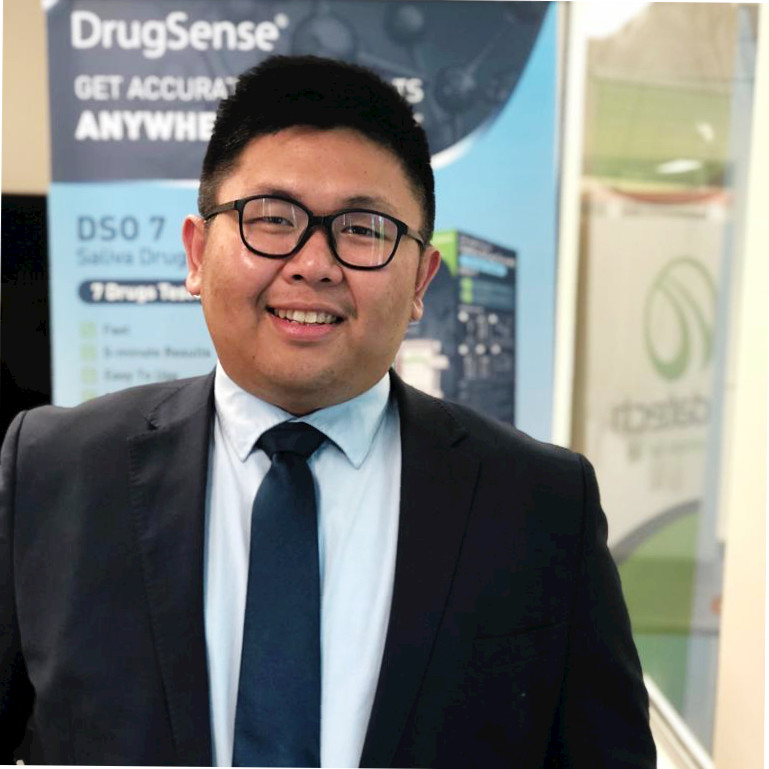 Since 2017, Jaka has been providing consultation for alcohol and drug testing policies to companies in various industries, such as mining, transport, construction, and medical, in Australia. As an accredited Drug and Alcohol Officer for Drug Abuse Testing, he brings valuable insight to companies that want to create and maintain an alcohol and drug-free working environment for the safety of their employees, as well as to ensure the efficiency of on-site operations.